What is marriage? The answer is by no means obvious.

Try posing this question to people of different political views or religious beliefs—you will indeed find a wide range of definitions that, at times, oppose one another. At the extreme ends of the spectrum, you have marriage being defined as a "fixed contract" or an "indissoluble bond."

It is not our intention to start an anthropological debate about marriage. We only seek to provide some texts that might serve to deepen the "marriage vow," which can be understood as "the result of an intention between a man and woman who want to be joined together for life… and has the best interest of each of the spouses at heart, as well as the care of their children."

But how can we talk about indissolubility and life-long fidelity, in a world that considers everything to be fleeting and temporary?

Here are some ideas...

1. Six good reasons not to separate. The family in the balance between freedom and responsibility (Giuseppe Falco, San Paolo, 2019)

The individualistic way of life that has infiltrated today’s culture has taken away the meaning of the marriage vow and even made separation a praxis ("a stage of life"), rather than something that only sometimes occurs.

Nonetheless, those who face a crisis and end up getting divorced have to deal with difficulties and wounds that affect not only themselves but the entire family.

Is it possible, amid so much pain, to find reasons for keeping a promise?

Is it worth staying together when all you want to do is run away?

Giuseppe Falco, in his Sei buone ragioni per non separarsi. La famiglia in bilico tra libertà e responsabilità (“Six good reasons not to separate. The family in the balance between freedom and responsibility)”, offers some reflections that can help us rediscover the value and richness of fidelity.

2. At 9 o'clock on the moon: A walk through imperfect love (Daniel Arasa, Almuzara Estudios, 2020)

We humans like stories. We have learned to listen to them and tell since we were kids. We love to hear good, true stories, which lift us up and give us hope—two essential pieces to living a happy life. Someone's own personal experience, then, makes them a credible source for communicating a particular message.

So, who else could possibly be a more credible source for the stance that loving each other forever is truly possible than couples themselves?

This book, A las 9 en la luna: Un paseo a través del amor ( At 9 o’clock on the moon: A walk through imperfect love) by journalist and author Daniel Arasa tells a true love story. Two people married for more than fifty years show us that true love is not a fantasy or an illusion, but can be developed, despite the imperfections of each. It is a testimony that can be especially helpful for young people, who may be challenged, disappointed, disillusioned by failed relationships. 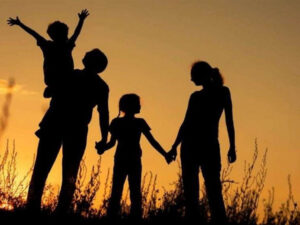 3. And they lived happily ever after. Six Secrets to a Marvelous Marriage (Gary Chapman, Elledici, 2010).

Even the strongest marriages can falter or have problems. According to the author of this book, And They Lived Happily Ever After. Six Secrets to a Marvelous Marriage , the secret to marital bliss lies in how the spouses deal with the difficulties they may face. It is a text that can help couples deal with many aspects of married life: resolving conflict, improving family dynamics, managing money, raising children, preserving intimacy and complicity, and finding common ground with in-laws. Drawing on more than 30 years of experience as a family counselor, Chapman presents real-life examples and advice that can help spouses understand each other, communicate better, and continue to grow together.

Do you know of any books about marriage and marital fidelity? Go ahead and write it in the comments and enrich us with your suggestions!