Among the many new Netflix series released in 2021, one has been particularly successful. If you didn’t binge watch it yourself, you have at least heard of it. It’s received so much media attention that everyone, young and old, now knows about it. I’m referring to… Squid Game. Created by Hwang Dong-hyuk, the series tells the story of hundreds of people who, on the verge of financial ruin, accept a mysterious invitation to participate in an strange game that will ultimately have a major pay-out for the winner. Even though the title of the series refers to a real game that South Korean children played in the '70s and '80s, the series is not at all suitable for teenagers or kids (as Netflix also specifies).

However, even those who are old enough to watch the series are aware that the show’s content is “intense,” violent, and, at times, indigestible. The series isn’t even really about a “game.” The characters who fail to beat every level of the competition are eliminated. Literally. Considering all this, the question begs to be asked: Why has it been so successful? Surely a certain percentage of viewers like watching violent shows and thrillers. The creators used technical and visual artistry to build a flawless, suspenseful plot that will keep viewers glued to the screen for hours. Even so, I don’t think this is enough to justify such popularity. I think there is something else that attracts viewers.

In its brutality and absurdity, Squid Game makes viewers ask themselves certain questions. Every episode has viewers in a trance, wondering how far the protagonists of the show will go. Each episode presents an extreme situation that the main characters will have to overcome. Viewers find themselves spectators of all the pettiness and all the magnanimity that can be found in mankind. Whether you are sitting back comfortably or curled up fearfully on your couch, you’ll be asking yourself: “What will this character choose to do now?” Every time you witness something disturbing, you realize that there is no limit to how much “bad” exists within the show’s characters. So why so much adrenaline? Because characters are put into situations where they have to choose between self-preservation and not leaving their fellow players behind. And that's where a crisis begins. In some episodes, the fighting is minimal, while in others, it’s never-ending. This is the series’ main theme. 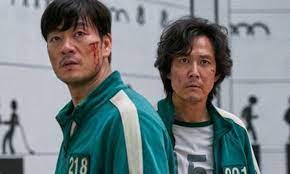 The protagonists of Squid Game are nothing more than society’s most marginalized individuals who are experiencing extremely tough situations like poverty and total ostracization. This sort of degradation has so destroyed them that they decide to participate in this game—seeing that they have nothing left to lose—in order to win money. They’re even willing to put themselves through physical and psychological violence. And as each player is eliminated, the winnings increase. If before even starting the game, the characters can recognize that it’s an entirely ridiculous situation and remain hesitant in their participation, then everything is comes apart at the seams. The protagonists would realize that the game is nothing more than a hunt for revenge and a fight to the death. There are some characters who make fun of the whole situation, others who build their businesses on it, others who take others’ dignity… all reducing them to pawns that can be controlled on demand.

Is it worth watching?

It depends. It’s about how you watch it. Rather than simply psychoanalyzing the characters and reducing the whole show to a simple 1, 2, 3 star rating, let’s delve deeper than this superficial way of watching the show. It might be worthwhile ourselves the question we all think while we watch: “What would I have done?” We might discover that we aren’t so different from the characters we have so deeply disdained.