Eighty percent of traffic accidents caused by cell phones. And in the USA a stop to Whatsapp and SMS while driving

Eighty percent of traffic accidents caused by cell phones. And in the USA a stop to Whatsapp and SMS while driving

A vechicle lies tragically crumpled on the bitumen, still smoking, whole families destroyed, young lives cut short. This is not the trailer for a war movie, but a sad everyday reality; that of road accidents. In fact, ever greater numbers of people are losing their lives on the road, mainly due to brief distractions while driving, in particular involving cell phone use.

Cell phones and driving: the tragic numbers of a worldwide problem

The Italian Minister of Infrastructure and Transport, Graziano Delrio, recently announced that 80% of road accidents in Italy are caused by the use of smartphones. In practice, 8 out of 10 people lose their lives to read a text message, tap out a quick message on WhatsApp, or to read a notification on Facebook. This figure is astonishing, and cause for reflection.

But this sad statistic does not just apply to Italy. In Europe the situation is equally serious. It is still a long way from The European Union's 2020 Road Safety Targets , which aim to drastically diminish within this decade the number of victims of road accidents. The numbers are yet again cruel. In 2015, around 26,302 people died on roads throughout the European Union. Wartime numbers. Among the top causes, in addition to drink driving and excessive speed, is always the misuse of mobile phones while driving.

The situation in the USA is also equally alarming, despite extremely strict legislation which considers equally dangerous those who drive while on a cell phone as those who consume alcohol. But the very heavy penalties obviously have not been enough of a detterent and reduce the number of road accidents, which rose sharply by more than 8% in 2015 alone.

To try to address the problem, the State of New York has recently introduced the Textalyzer, a kind of alcohol test for cell phones, which are able to measure, so to speak, the messaging rate of those at the wheel. The operation of this new device is very simple. In case of a traffic accident, a police officer requests use of the phone and uses the Textalyzer to enter the operating system and verify the most recent activities carried out by the driver. The instrument is able, in fact, to determine when and how the driver has used their smartphone. A refusal to relinquish a smartphone will result in immediate licence disqualification.

The Textalyzer is still in trial phase, but if it proves successful, its use may be extended to the rest of the United States, and could even spread to Latin America or Europe.

Using your phone while driving: what scientific research reveals

Statistical data on the misuse of digital tools when driving is also supported by many neuroscientists. According to recent research, those who use a smartphone while driving have a statistical risk of causing a car crash four times higher than average. In fact, the risk even surpasses those who are intoxicated or under the influence of drugs.
Furthermore, the laboratory of Applied Cognitive Science at the University of Utah have been investigating for some time, with special virtual driving simulators, the real impact of smartphone and tablets on driver performance and road safety. The results are shocking.

The results reveal a genuine ‘inattention-blindness’ , which drastically increases the reaction time and the capacity in the face of an unexpected event such as a sudden braking or steering. In practice, the technological display screen causes a sensory drowsiness, particularly a visual one, lowering our capacity to pay attention whilst driving.

The research did not not prove the same effect - for example - from listening to the radio. A very loud alarm bell that should provoke serious reflection on the use of digital technologies whilst driving.

Of course, beyond this data and scientific research, the fact is that cell phones can also effect our emotions – and thus actions and behavior behind the wheel, to the point of not being able to resist the temptation to read immediately the latest notification, and so putting lives in danger.

In past years, many information and prevention campaigns have run; for example in Italy , Britain and Mexico .

However, if neither laws with severe penalties nor awareness campaigns are enough, maybe it is time to begin media education courses in schools, libraries, universities, hospitals, and even in the workplace, to help people acquire accurate knowledge regarding the use of tablets and phones. To learn how to manage our relationship with technology in a healthy way, with balance and intelligence - and avoiding excesses of use and unhealthy addictions. In short – a media detox, starting with the creation of good digital resolutions. These may save our lives and those of our families. 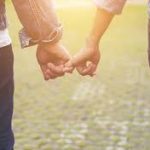 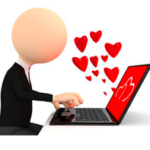